If you are seeking assistance with ear wax removal or would like a free, no-obligation hearing test; it couldn't be simpler to get to the Hearing Aid Centre from Roundhay, or call us now on 0113 4265418. 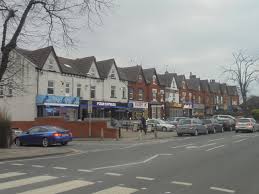 Roundhay has all the local amenities a resident could ask for. Nearby supermarkets include Tesco Superstore, Ariana Supermarket and Bakery, Tesco Express, Morrisons, Londis, Asda Harehills Supermarket, CC Continental Supermarket, The Co-operative Food and Lidl. In Roundhay there is Roundhay School, Kerr Mackie Primary School offering lots of choice to residents with children.

Roundhay has excellent proximity to the town centre. The A58 offers a quick route, alternatively; bus routes 12 LeedsCity, 13 LeedsCity, 13A LeedsCity, 49 50A, 56, X98 and X99 arrive in Leeds City Centre and only take approximately 30 minutes.

The History of Roundhay

The name Roundhay is said to have derived from the Old French word ‘rond’, meaning ‘round’ and the Old English word for ‘enclosure. This colloquially meant a round deer hunting enclosure or park; the Roundhay estate map shows its round shape in 1803. The De Lacy family of Pontefract Castle used Roundhay as a deer hunting park.

The land was mined for coal and iron, and when this was exhausted, the land turned to farming. 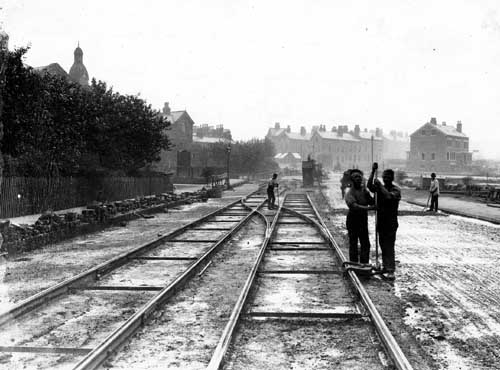 Things to do in Roundhay

Roundhay Park is a large Victorian Park, the second largest in Europe. The park consists of 700 acres of parkland, woodland and lakes. There is a variety of birds and wildlife that inhabit the park, the Upper Lake is a maintained wildlife area, while the larger Waterloo Lake can be used for water sports and fishing.

Roundhay Park has tennis courts, a skatepark, sports pitches, a golf course and a bowling green. There are a few different specialist gardens including scented gardens for the blind, Canal Gardens, National Plant Collections, the Monet and Alhambra Gardens and Tropical World.

Roundhay Park is also the venue for many events throughout the year, including, sporting events, flower/animal shows, music festivals, concerts, funfairs and an annual bonfire and fireworks display on November 5th.

Canal Gardens has three main parts: a grassed area with mature trees, a walled garden built around 1816 which is used as a vegetable garden for the nearby Mansion House and lastly there are flower gardens alongside a rectangular lake that resembles a canal. Canal Gardens also has a private entrance to Tropical World.

Tropical World is a series of temperature controlled glasshouses that are representative of different areas of the world. There is a Waterfall Area, Aquarium, Desert, Rainforest Canopy, Creature Corner, Nocturnal, an Butterfly House.

The Mansion House is a large Greek Revival style stone house, with a view over the Upper Lake. The Mansion House was built for Thomas Nicholson and his wife Elizabeth in 1811-1816. There were three carriage houses and stable space for 17 horses. The Mansion was bought by the City of Leeds in 1871 and was leased out as a hotel and restaurant. 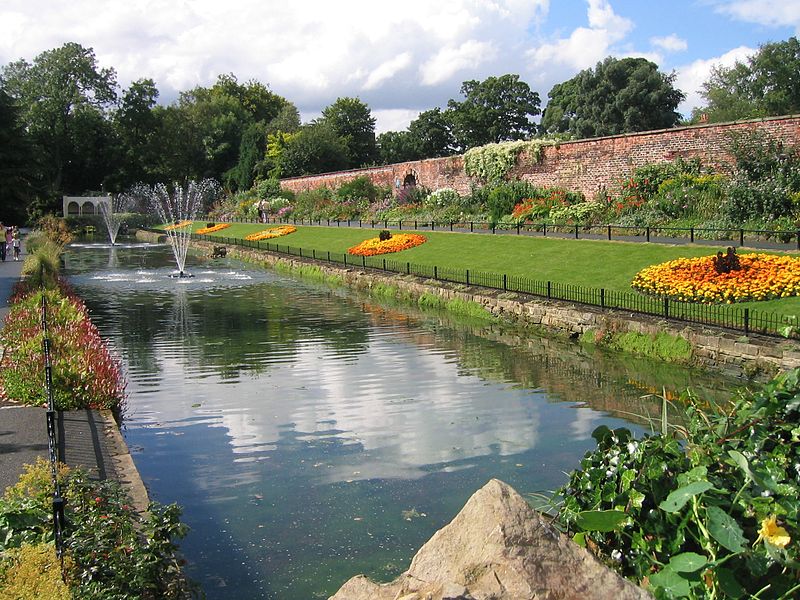