If you are seeking assistance with ear wax removal or would like a free, no-obligation hearing test; it couldn't be simpler to get to the Hearing Aid Clinic from Garforth, or call us now on 0113 4265418.

Garforth has excellent proximity to the town centre. The M1 offers a quick route, alternatively; the Transpennine Express and Northern lines arrive in Leeds City Centre and only take approximately 10 minutes.

The History of Garforth

During the 17th and 18th centuries the local land-owning Gascoigne family ran several coal-mines in the area, this is the cause of the area's size and expansion. This also had a knock-on effect for the surrounding areas of Micklefield, Kippax, Swillington, Methley and Allerton Bywater who also expanded as a result of coal-mining. 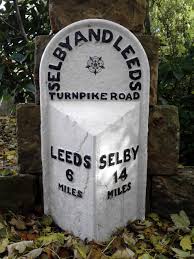 Things to do in Garforth

The Garforth Golf Club was opened in 1913 but still evolves with modern technology to offer a brilliant customer experience at their club.

The Millrace Garden is a plant bursery that has been developed from a greenfield site over the last 18 years.