If you are seeking assistance with ear wax removal or would like a free, no-obligation hearing test; it couldn't be simpler to get to the Hearing Aid Centre from Bramhope, or call the hearing aid centre now on 0113 426 5418.

Bramhope is a suburb in north-west Leeds, West Yorkshire. Bramhope is neighboured by Otley, Guiseley, Yeadon and Horsforth. Approximately 7 miles away from Leeds city centre, Bramhope enjoys a countryside-like atmosphere.

Bramhope has all the local amenities a resident could ask for. Nearby supermarkets include Asda, Tesco Express and Morrisons. In Bramhope there is Bramhope Primary School, Ralph Thoresby School, Pool C of E Primary School, Adel St John The Baptist Primary School and Lighthouse School offering choice to residents with children.

Bramhope has excellent proximity to the town centre. The A660 offers a quick route, alternatively; bus routes X84 and X85 arrive in Leeds City Centre and only take approximately 40 minutes. 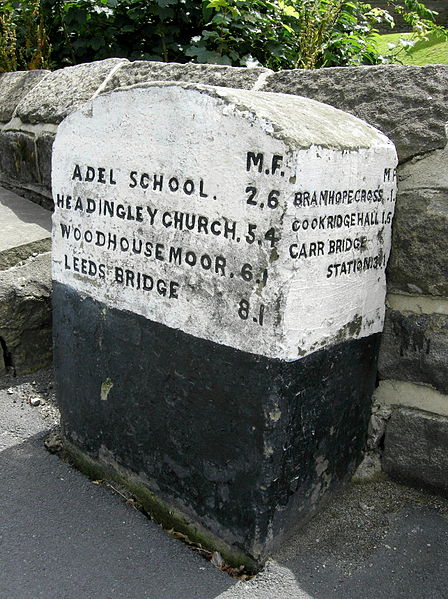 The History of Bramhope

History at Bramhope dates back to Roman times, a road was built from Adel to Ilkley, remains of this are still in a field near Leeds Bradford Airport. The name Bramhope seems to have derived from the Old English word for 'broom' and 'small valley'- supposedly referring to the small valley near Wharfedale.

Up until the 20th century, Bramhope's population was small. The Black Death of 1348-1409 reduced the population of Bramhope to just 34, gradually increasing to the approximate 3,400 people today.

Things to do in Bramhope

The Golden Acre Park is a public park located between Adel and Bramhope. The park opened initially as a private amusement park in 1932 and mad a miniature railway, pool and boating lake. The park closed during World War 2 and was later taken over by the council in 1945.

The Bramhope Tunnel was built for the Leeds and Thirsk Railway, the Leeds Northern Railway and the East and West Yorkshire Junction Railway; together forming the North Eastern Railway. The Bramhope Tunnel is notable for its length reaching approximately 2.138 miles/3,745 yards long. The crenelated north portal of the tunnel is admired for its architectural uniqueness.